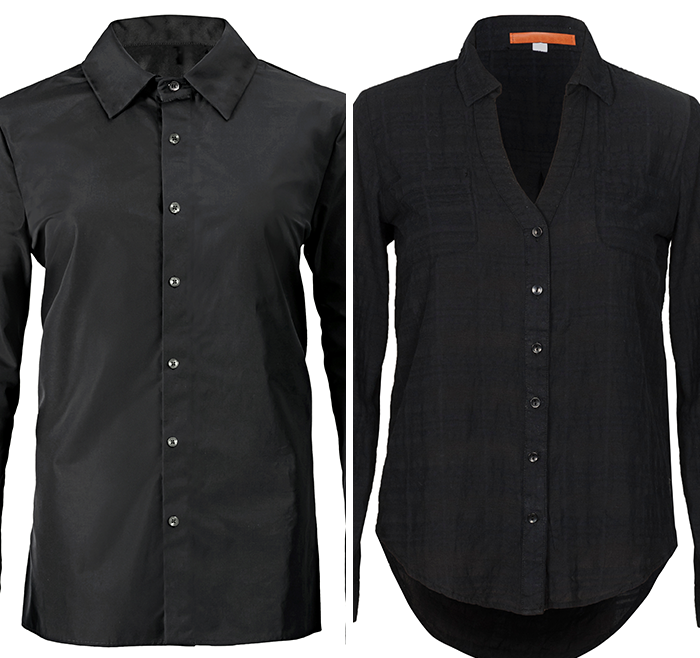 Can you tell the difference between male and female clothing? Especially the ones that seem ‘unisex’. Take shirts, for instance, a lot of people don’t know the difference; they can’t tell whether it’s male or female. You are partially correct if you say the only difference lies in the size as there are a lot more properties that differentiate the female clothing from that of the male.

DIFFERENCES BETWEEN MALE AND FEMALE CLOTHING

Yes, the size of a male’s clothing is usually bigger than the female’s. Colors can also make a difference. But that’s not all, read on to learn more.

Women are curvy and shapely so their shirts are sewn straight from the top and then it curves in from the waist. Some female shirts are also sewn with darts on them, to further shape it and give fitting to the wearer.

The men’s shirts are not sewn this way, however, some may be very tight and look fitted on the wearer who is of the same size as the shirt. This doesn’t mean that it is curvy like the women’s shirt, it is just sewn tighter, to fit just the accurate size. To learn more, read here

Sleeves show another difference between male and female shirts. The location of the arm cut on the sleeve, where you have the armpit on a female’s shirt is slightly different from that of a male. Depending on the style of the shirt, the female sleeves are mostly sewn tighter and more fitted than the male’s.

Whether a long sleeve or short sleeve, its length on a female shirt is shorter than a male shirt. Also, the female shirts have the option of a ¾ (three-quarter) length, unlike the male version, it is either nonexistent or rare.

For pants, the sewing of the hips is different. Depending on the hip size of a woman, trouser and pants and cut, shaped and sewn to fit the size and the wearer, there is every tendency that if a lady with a different hip size, but the same waist size wears that trouser, it won’t fit. Men don’t have this issue.

Especially in fitted T-shirts, they are sewn with additional space or allowance in the chest region for the women, considering the bust. This is done so that it will naturally give a flattering form to the woman and give the fitted T-shirt a more comfortable feel on her. Click here for more

The button and button-hole placement on the shirts of a female is different from that of a male. The female buttons are placed on the left and the button-holes, on the right. The reverse is the case for that of male.

The varieties or options are vast for the females, unlike their male counterparts who are confined to only shirts and trousers. Even so, some clothing is seen as unisex, meaning that regardless of the sex, they can be worn by both males and females. Whichever one you opt for, be sure to know the differences and be sure you are wearing the appropriate one.